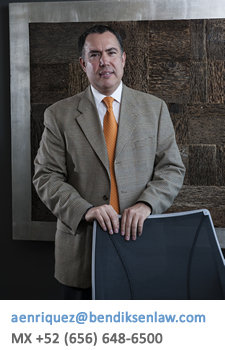 Practiced with Baker & McKenzie from 1995 through 2011, where he was elected partner in 2003. Founding partner of Béndiksen, Enríquez, Salazar, Santoyo & Yanar.

Alejandro has authored many articles for tax specialized magazines, such as Tax Notes International, International Tax Review and others.