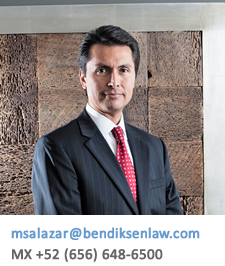 Graduated from the Universidad Autonoma de Chihuahua in Mexico in 1992 and received a Master of Laws Degree (LL.M) from The University of Michigan Law School, in Ann Arbor, Michigan in 1998.